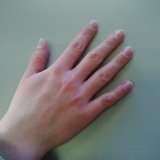 TINA’S STORY
I was employed as a Warehouse Operative, but due to the reduction of work in the place where I worked I was asked to work at another company with the reassurance that my existing contract guaranteed me over 20 hours of work would be transferred. I began working at the new company and was allocated working hours in accordance to my contract. I became pregnant and told my managers that I would have difficulty continuing to lift the heavy loads as before, so I was given lighter duties to do. I began to notice that my working hours were being reduced, and people who were contracted to work less hours than me were being allocated more work than me. When I complained a manager called me to an office and handed me my work contract but it had changes made to it allocated me less hours than before. I said that I did not agree to change my old contract.

I contacted Northamptonshire Rights and Equality Council (NREC) who lodged a claim for pregnancy related discrimination and unlawful deduction of wages on my behalf. My caseworker sent an Equality Act 2010 questionnaire on my behalf. I was paid compensation to prevent the matter going to a full Employment Tribunal. English is not my first language. I would not have been able to have successfully challenge my employer had I not received the assistance from Northamptonshire Rights and Equality Council.