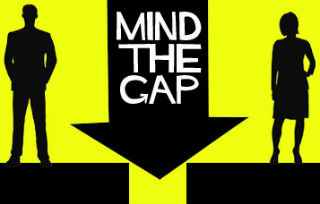 Last night and this morning the news has been hitting the headlines of BBC editor Carrie Gracie quitting a the China editor as a result of what she described as a ‘secretive and illegal’ gender pay structure which has created unequal pay between men and women in the organisation.

The veteran reporter Has stepped down from her high-profile role to highlight what she says is an “indefensible pay gap”.

Gracie – who revealed live on air in 2009 that she was paid £92,000 – says she intends to return to her former job in the BBC’s TV newsroom “where I expect to be paid equally”.

It revealed disparities between some presenters in similar roles – for example a £200,000 gap between Huw Edwards and Fiona Bruce, who both present evening news programmes.

While there are such great inequalities at the top of the pay scale, this will clearly be a demotivating factor for women at the lower end who have the evidence that their work is not being valued in the same way as the work of men.

First, that an audit showed ‘no systemic discrimination against women’ and secondly that where anecdotal disparities in pay do exist, this is an outcome of less women using agents to negotiate pay.

The difficulty about those arguments is that the audit focussed on the pay for rank and file staff and is likely to have excluded high earners and if men using agents has an outcome of unequal pay, the question can be asked as whether this is indirect discrimination on the basis of gender.

Following a report published by the BBC in July 2017, revelations brought a harsh spotlight on the disparity, and BBC Director General Tony Hall admitted that there was “more to do,” saying the broadcaster was “committed to close the gap by 2020.”

It is surprising that the BBC management have been slow to provide a more comprehensive response to the allegations, given the reputational risk on this matter. The BBC has been badly scarred with successive discrimination allegations and has in particular fallen fowl in  discrimination against older women. Successful tribunal victories include that of Ex Countryfile presenter Miriam O’Reilly, 59,  who won £150,000 damages in 2011. She was axed as one of four women after eight years when the show moved to a primetime slot on Sunday evening. Another women presenter who was axed was told that she was not either “young or pretty enough” to carry on presenting the show.